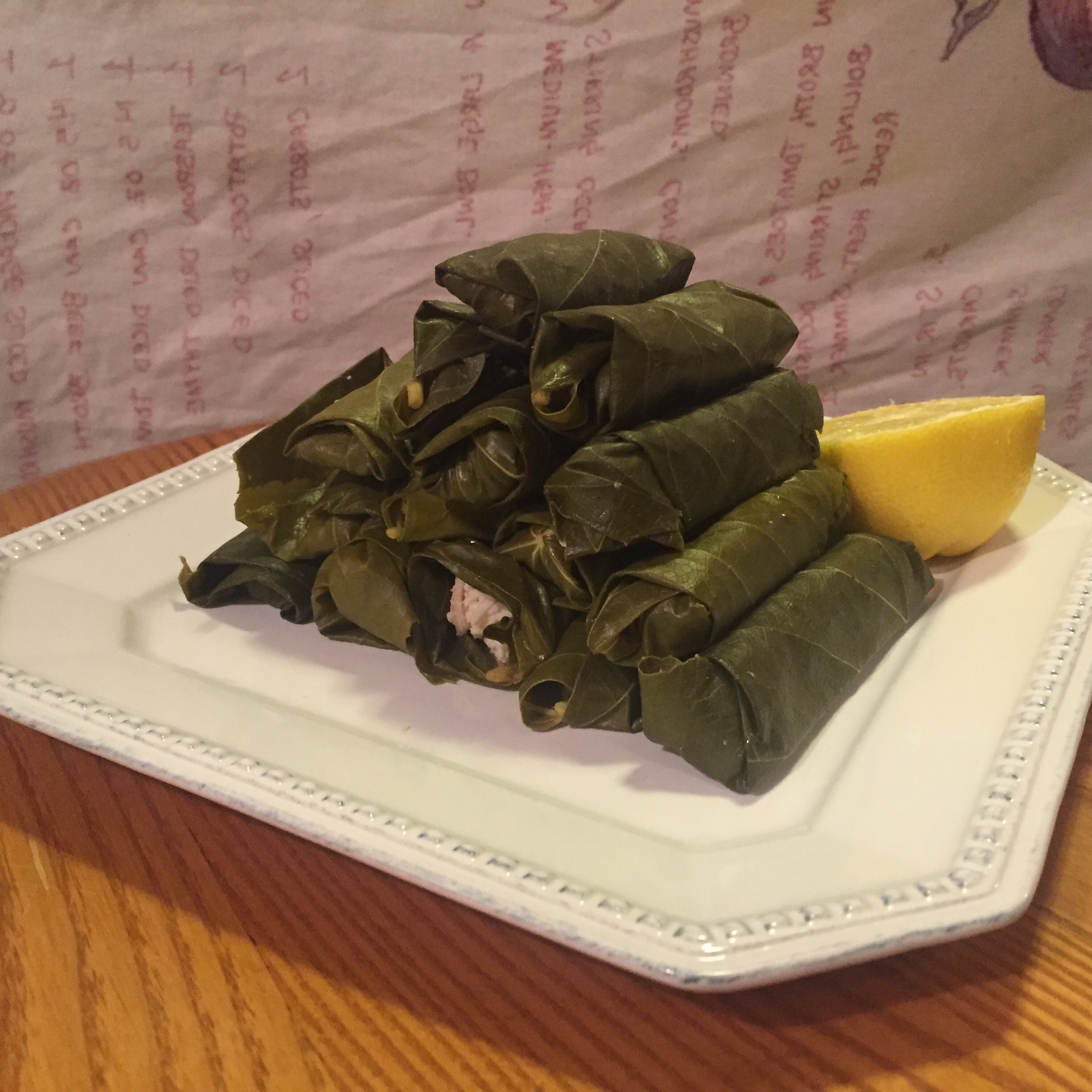 I sit here, my back smothered with bug bites but my stomach filled with grapeleaves, though those things aren’t actually exceptionally related. An uneventful day followed by an eventful night, the latter which was originally reserved for watching the Perseids but was somehow redirected to another focus. Before the sky darkened, an abundance of wild grapevines made itself apparent near the edge of the woods. The first few superficial leaves lured us into the forest until we were trampling ferns and bramble, despite our inadequate exploration gear. We began collecting grapeleaves suitable for cooking, and in between, there was, of course, time for a brief side trip.

An hour passed and we had acquired a sufficient quantity of grapeleaves for stuffing. After quality control, we began an array of cooking tasks to produce the delicious pyramid of stuffed grapeleaves you see above. Without a specific recipe in mind, we began our several hours of cooking (we really had no clue what we were doing) by blanching the grapeleaves. Meanwhile, we seasoned some chicken breasts for baking and cooked up some rice. Once the chicken was cooked, we shredded it in a blender (which seemed logical enough), and then mixed it with the rice and more seasoning. Stuffing the grapeleaves was surprisingly easy, though it definitely requires some technique to get the sides tucked in.

It’s really fulfilling to forage for at least one ingredient, and then let it inspire you to cook something you’ve never cooked before without having the exact steps to the recipe. It requires a bit of problem solving and spontaneity, and is just fun overall. And, if you’re successful, you’ll have something to eat, which you’ll probably appreciate a bit more than usual because you not only had to make it, but also find the main ingredient yourself by trekking through the woods and then attempt to make the recipe without actually having a recipe to follow.

And afterwards, you’ll have some time to stargaze and get bitten by bugs (which is surprising because why didn’t you get bitten by them when you were collecting grapeleaves in the forest?), and then finally decide you should get going and go to bed. Which you do.